Welcome to a new episode of the Nostalgic Game Review, where each month I muse over an old game I played long ago, while providing the perspective to appreciate how gaming technologies have evolved :D.

This week is special as we are covering not one, but three games published in the year of 1991. They also share two other major attributes: they were all published by the [in]famous company SSI, and they were all sit inside the world of AD&D. 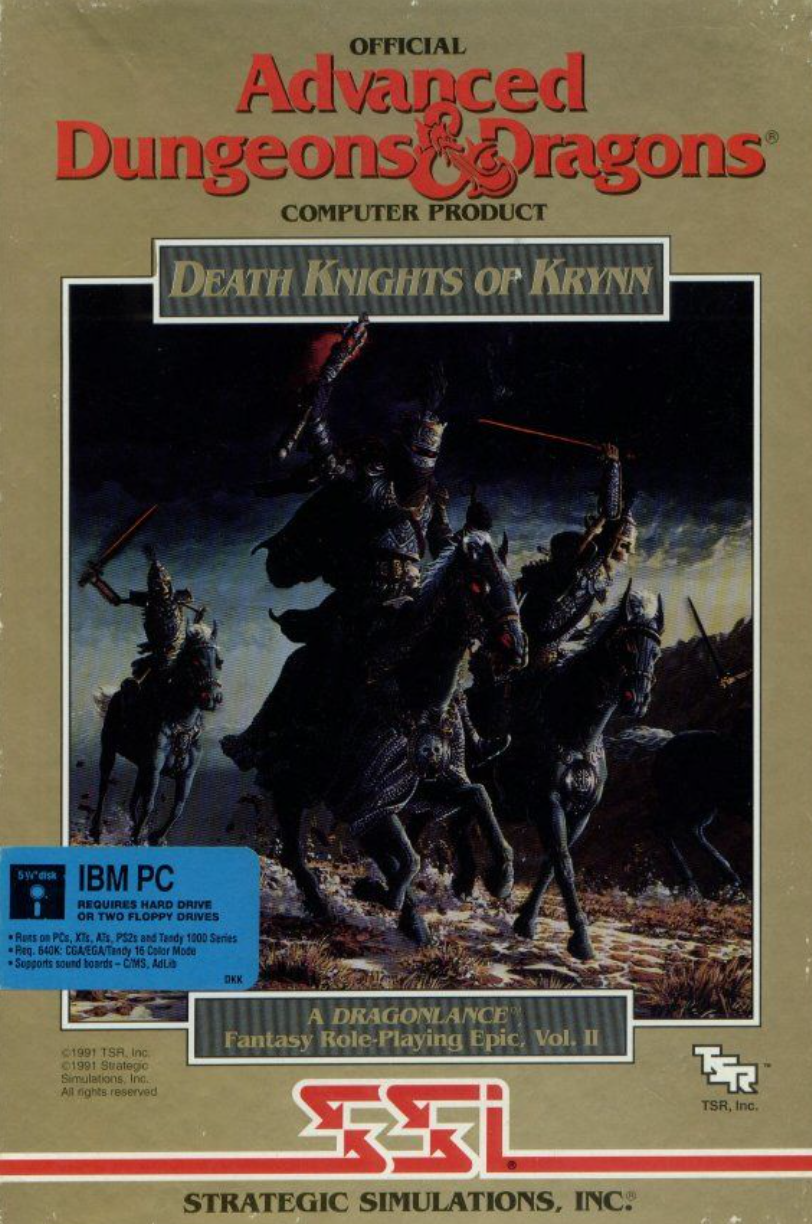 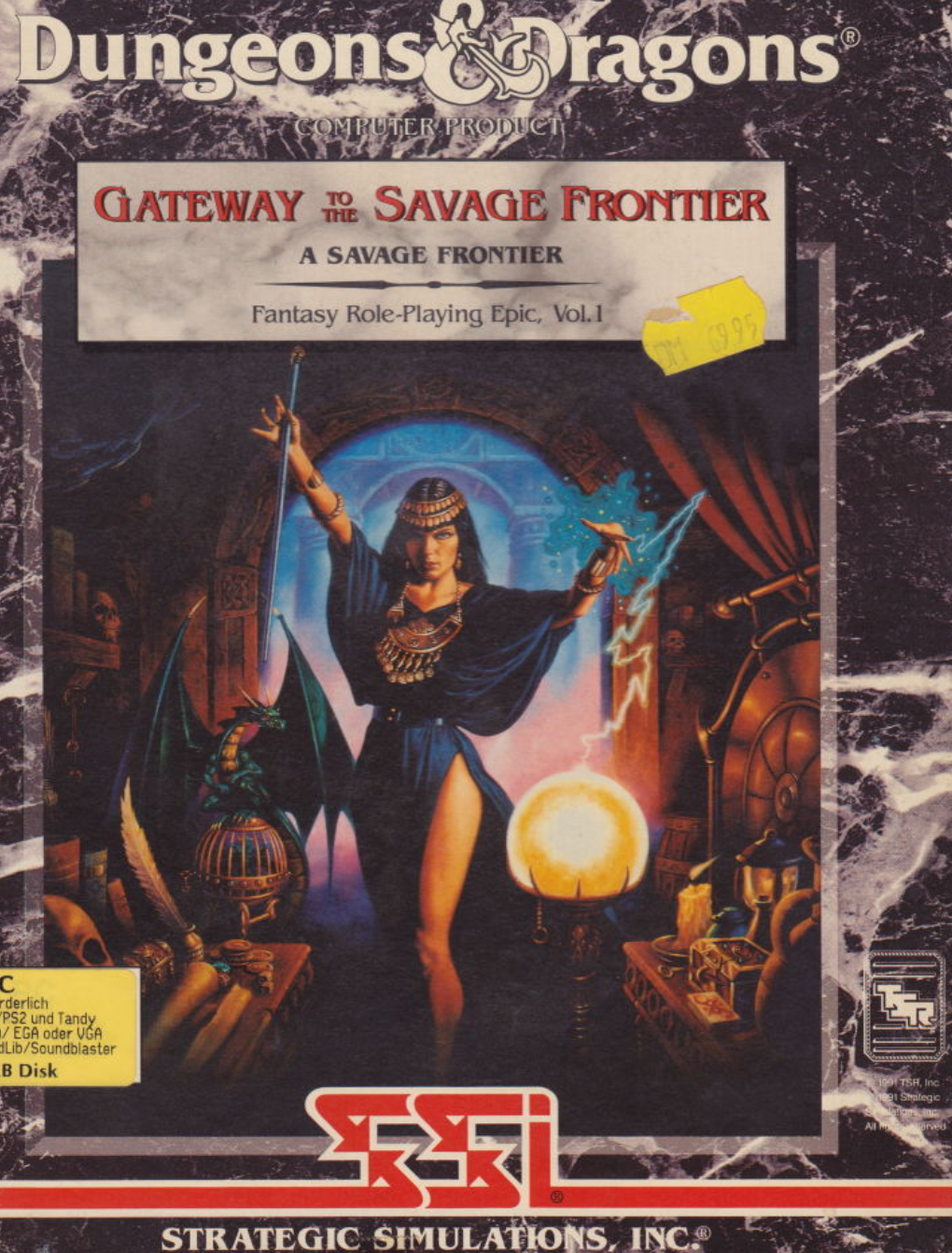 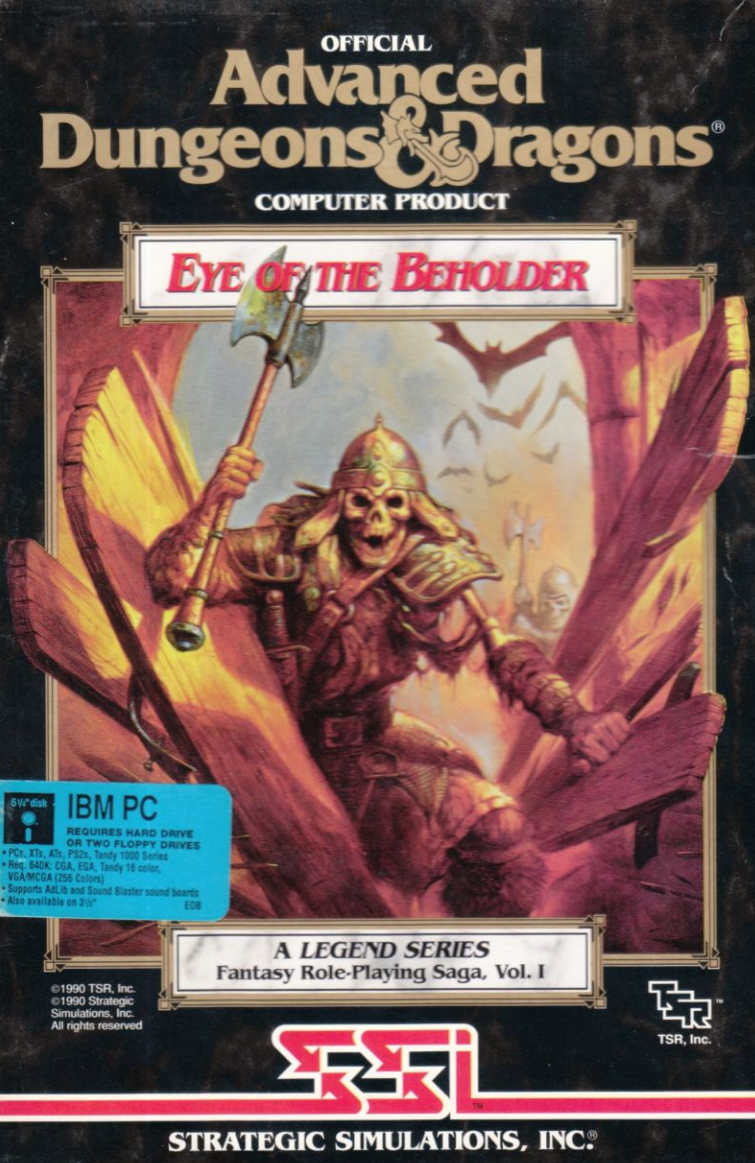 It was the best of [AD&D RPG] times, it was the worst of times.

SSI obviously tried to milk the cow on their ‘Gold Box’ engine and AD&D’s appeal, they churned out 11 ‘Gold Box’ titles within the 4 years between 1988~1992 and most of them have almost the same look and feel. That applies to the first two titles we are covering here: “Death Knights of Krynn” and “Gateway to the Savage Frontier.” The following components are from “Death Knights of Krynn” but they are pretty much identical in the 2nd game:

Now SSI’s consistency with their ‘Gold Box’ engine and the failure to innovate becomes very apparent when comparing with ‘Eye of the Beholder’ which was developed by Westwood with a new stack:

One can argue that ‘Eye of the Beholder’ is essentially using the same ‘navigation screen’ from the other two games. Yet, if you compare them side by side it’s easy to see the inferior engine of the ‘Gold Box’ games. Also, by intentionally moving everything, including combat, into the same first-person perspective, the Westwood team successfully made a refreshing gameplay experience that was drastically different and more immersive. Despite the limit of only 4 viewing directions, the game essentially plays like a FPS.

Having only 4 viewing directions also proved that scarcity brings creativity. I still remember there were many times when I played this game at night, exploring dungeons, and as I turned 90 degrees I would get jump-scared by monsters which creeped up without a sound!

Regardless of being a ‘Gold Box’ game or not, having a piece of the AD&D world means that all of these games were built with a detailed world with complex character attributes, magic systems, weapon classes, myths and lore. And the manuals that came with the games provided plenty of stories for players to enjoy/read. And that’s what I ended up doing with the 1st two games. I made a few attempts to play these games but always ended up not progressing much, and quickly got distracted and shifted to other games 🙂

Here are some Youtube videos for each of these games:

All 3 games are available on Internet Archive!
Death Knights of Krynn
Gateway to the Savage Frontier
Eye of the Beholder 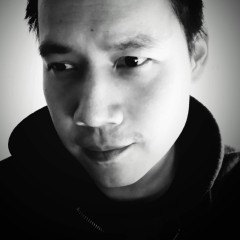